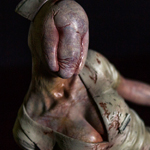 Ask any one whose walked around the Silent Hill block who the mascot of the foggy town is and you’re likely to hear one of two answers; the town’s executioner Red Pyramid Thing or Lakeside Amusement Park’s anthropomorphic fuzzball Robbie the Rabbit. While the former leaves a lasting impression and the latter is quite literally a mascot character, there is one resident of Silent Hill that has been there through it all: The Bubble Head Nurse (BHN).

From relentlessly pursuing Harry, snapping their necks at James, going Clint Eastwood against Heather and even making Alex question his stance on necrophilia, the Bubble Head Nurses will make sure your stay in Silent Hill is one you’ll never forget. Their presence in the Silent Hill universe is as relentless as the town itself is to the tormented souls that dare venture its fog-ladened streets. It’s only fitting then that BHN is immortalized in all her grotesque glory through statue form.

This statue cherry-picks some of most notable 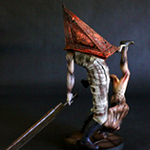 If you’ve been keeping up with my collection blog then you’ve undoubtedly been reading my praise about ToyMunkey Studios; a company whose fulfilled the call of bringing Silent Hill merchandise to the North American side of the world. ToyMunkey set the stage and left viewers gawking by introducing an intricately sculpted Red Pyramid Thing (RPT) statue that’s sure to leave an impression or two. From one collector to another, I’d like to give you my impressions of this piece along with further information and images that should sure to have you foaming a little around the mouth.

For me personally, this is the Silent Hill statue of my dreams. When I first saw RPT in pre-release footage I fell in love with both his creature design and Silent Hill 2 as a whole. What little tastes we got to see of the red executioner left me both confused and wanting more. The mannerisms, the Great Knife, his sheer dominance and overpowering nature against the

Resin kits and why we need to support ToyMunkey supporting them Apr 16, 2013 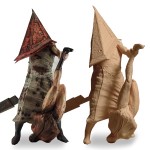 On my introductory blog post I talk about the pleasant conversation I had with ToyMunkey Studio’s Scott Sohn and all the good things that followed with that. But the one thing I didn’t mention is how our conversation got kicked off; ToyMunkey Studios have announced they’re selling a resin version of their original Red Pyramid Thing statue that’s available for purchase right now!

Excited and hopeful about this news, I asked Scott about a future resin release of the upcoming, SDCC-exclusive Red Pyramid Thing + Mannequin version to which he replied,

Although we cannot confirm it, I can say that it would be most likely available also as a kit only if demand permits after this July.

Wait, what is a resin kit and why should we support them?

Before I continue, some of you may not be familiar with resin kits or, as they’re more simply called, “resins.” Think of resins as naked, discombobulated (isn’t that such a cool word?) versions of the finished statues sitting in your room. Resins are simply the statues before they’re assembled, 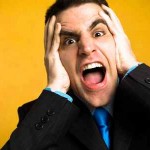 And thanks for stopping by once again to read the first post in my new fancy blog! To start, let me get the drawn-out, official-sounding mission statement for this blog out of the way. It’s good for me to say so you can better decide if visiting the blog section of my site will be worth your time in the future:

Now that we have the formalities out of the way, I’d like to start this blog off talking about being a North American Silent Hill collector and the trials and hardships that coincide being one.

As mentioned in my About Me page, I’ve been collecting Silent Hill merch since 2004. But “collecting” might be too generous of a word. You see, we Silent Hill collectors have it harsh, especially the ones living in North America. Harsh because collectible SH items are stupid-rare (that’s a real word, I’m calling it) to find and once found,